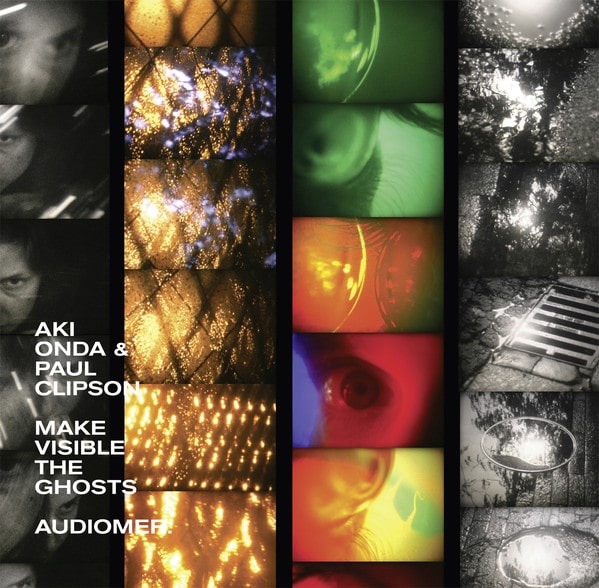 audioMER. is honoured to announce the release of a new LP; Make Visible the Ghosts with music by Aki Onda (US/JP) and artwork by Paul Clipson (US). This album is the follow-up of Aki Onda’s Cinemage project Lost City—with Loren Connors and Alan Licht—released on audioMER. in 2015.
On Make Visible the Ghosts, New York-based musician Aki Onda composed the soundtrack for the images of the San Francisco experimental filmmaker Paul Clipson, who suddenly passed away on February 3, 2018.
In 2009, Clipson and Onda met at the Amsterdam Schiphol Airport for the first time and shared a ride to the International Film Festival Rotterdam, where they presented audio-visual works in the same bill. Since then, the two artists – known for their highly personal approach with Super 8, 16mm, cassette Walkman and radio – maintained a close friendship over the next nine years. Their works deal with memory, time, space, and those reflections, and they had a lot to share.
Onda and Clipson completed their collaboration work Make Visible The Ghosts—a combination of vinyl LP of Onda’s music and large-size collage artwork by Clipson—a few months before Clipson’s departure from life. The work is composed of the materials they used for their performance in New York in 2012 and developed over the three years from 2015 to 2017. Onda notes: “The loss of Paul has left a huge hole in our mind including his friends and collaborators. Paul is no longer here, and this is a chance to remember him and his images that extended and expanded our perception of how the world can be seen and heard.”