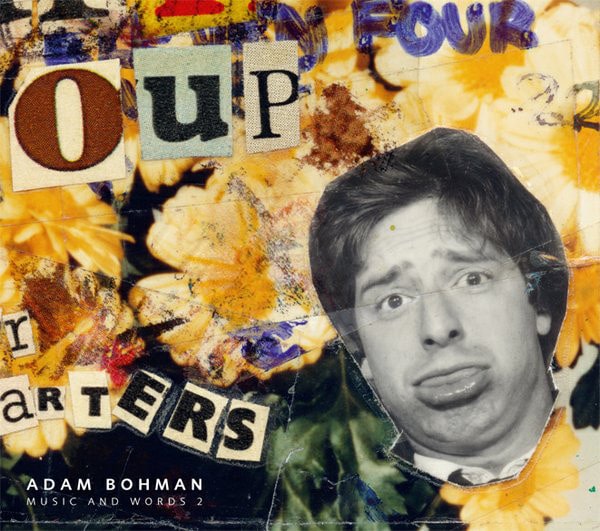 Music and words 2 is the much delayed 2nd installment in an ongoing series of archival documents of Bohman’s early work. As with the first volume, this CD is divided into 2 separate areas of his work. Adam is probably best known as an improviser, playing prepared instruments and objects, but the music here uses little of these purely improvised techniques. On this CD the musical sections consists of idiosyncratic lo-fi songs alongside short collage pieces and other experiments, recorded on stereo and 4 track cassette recorders. Most of these pieces date from the early 80s, but the earliest recording is from 1977.
The spoken word sections on this CD are centred on excerpts from 3 talking tapes – a trip to Southend, a concert series in Wiesbaden and a day in the life, in London. Anyone who has known Adam for any length of time will know that he frequently records his observations to a small portable cassette recorder. These are often recorded for friends and music contacts from all over the world. As with the musical contributions, all these cassettes exist in very small quantities, often they are editions of only one copy.
Although there is an obvious difference in these two types of recorded material, there exists a light and humouous common thread that runs through many of the 28 tracks.
This is the third solo release from Bohman on Paradigm Discs. Clive Graham.